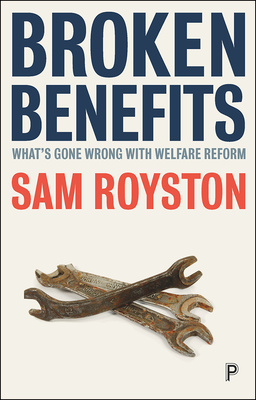 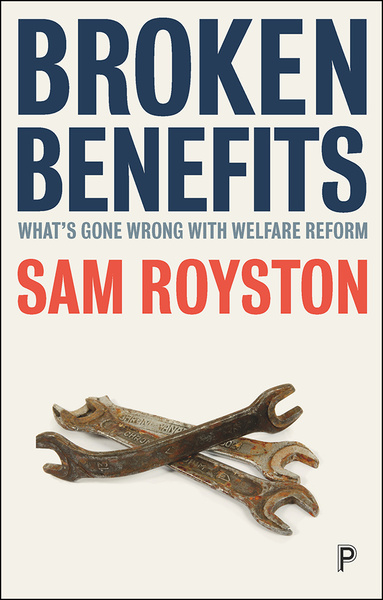 Britain is going through the most radical upheaval of the benefits system since its foundations were laid at the end of the 1940s. In Broken Benefits, Sam Royston argues that social security isn’t working, and without a change in direction, it will be even less fair in the future.

Drawing on original research and high-profile debates, this much-needed book provides an introductory guide to social security, correcting misunderstandings and exposing poorly understood problems. It reveals how some workers pay to take on additional hours; that those who pay national insurance contributions may get nothing in return; that some families can be paid to split apart; and that many people on the lowest incomes are seeing their retirement age rise the fastest.

Broken Benefits includes real-life stories, models of household budgets, projections of benefit spending, and a free online calculator showing the impact of welfare changes on personal finances. The book presents practical ideas of how benefits should be reformed, to create a fairer, simpler and more coherent system for the future.

"This excellent book not only explains clearly how we got to the broken system we have, and what principles should guide its overhaul. An important book for all those making decisions about the benefits system and those hoping to influence those decisions." Naomi Eisenstadt, University of Oxford

“A superb and deeply knowledgeable analysis of how our benefit system really works – and sometimes doesn’t – for those in need. Benefits too often confuse, conflict, are wrongly sanctioned and wrongly denied; claiming them even leaves some people worse off. Yet a sane and decent benefit system, both for those in and out of work, is the most effective path out of poverty. Clear-eyed, compassionate and compelling, this book is a must-read, and must-keep, for all who care about the poverty and insecurity of our fellow citizens. “ Rt. Hon.Baroness Hollis of Heigham, former Social Security Minister

"A highly engaging and accessible account of the challenges within our social security system and a powerful manifesto for change. This authoritative guide to the facts behind the headlines is needed now more than ever." Baroness Tanni Grey-Thompson of Eaglescliffe

"Here is a policy expert who writes with real warmth. His plan to repair the safety net is unmissable." Rt Hon Stephen Timms, MP for East Ham and former Social Security Minister

“The book is timely, detailed, well researched, and well written: not an easy combination to achieve in relation to the UK’s benefit system.” Citizen’s Income.

"Invaluable: not just a clear and authoritative guide to the complex world of social security benefits, but a superb analysis of why much recent welfare reform has gone wrong and what needs to be done to get the system right for the people who rely on it." Patrick Butler, Social policy editor, The Guardian

"Royston's book is a very good introduction to social security policy and also a swingeing critique of the thrust of policy since 2010" Jonathan Bradshaw, University of York

Dr Sam Royston is Director of Policy and Research at The Children’s Society and chair of the End Child Poverty coalition, and spends much of his time trying to make the benefits system work a little bit better for children and families. He regularly gives evidence to Parliamentary Select Committees on welfare reform issues, and his work often appears in the national press.

Prior to this he worked as a welfare rights advisor, in which role he spent many frustrating days on the phone with the DWP and HMRC, trying to help fix people’s broken benefits.

Part I: INTRODUCING THE BENEFITS SYSTEM;

The makings of a 'British revolution': A brief history of benefits;

What are benefits for?;

Part II: MAPPING IT ALL OUT - THE MECHANICS OF THE BENEFITS SYSTEM;

Benefit entitlements for people with no other income or savings;

Contribution-based benefit entitlements for people with no other income or savings;

How support changes on moving into work;

A freeze is as good as a cut;

Welfare reform and the 'family test';

Cuts to Employment and Support Allowance and the ‘limited capability for work’ component of Universal Credit;

Welfare that works? The 'old' system;

Part IV: CHAOS, ERROR AND MISJUDGEMENTS - PAYMENTS AND ADMINISTRATION IN THE BENEFITS SYSTEM;

Reasons to be fearful?: Assessing sickness and disability;

'Chaos, error and misjudgement': The administration of Tax Credits and Universal Credit;

The social impact of moving to a 'low welfare' economy;

A system that responds to household need;

Simplicity from the claimant's perspective; 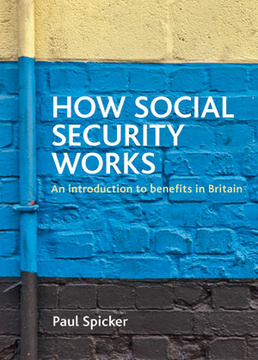 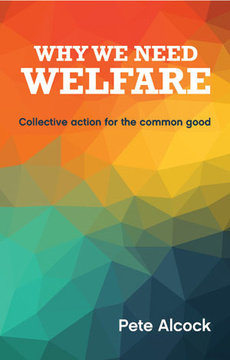 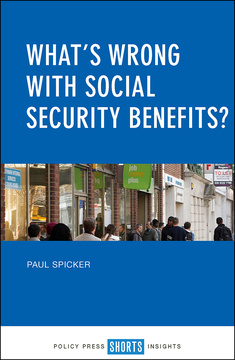