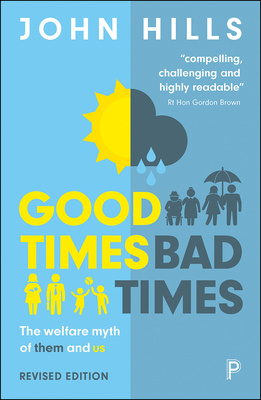 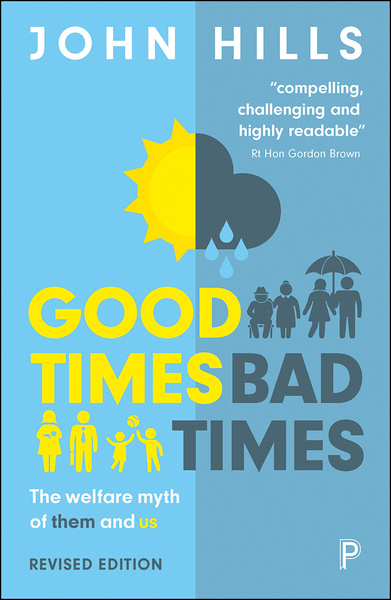 The Welfare Myth of Them and Us

Two-thirds of UK government spending now goes on the welfare state and where the money is spent – healthcare, education, pensions, benefits – is the centre of political and public debate.

Much of that debate is dominated by the myth that the population divides into those who benefit from the welfare state and those who pay into it – 'skivers' and 'strivers', 'them' and 'us'.

This ground-breaking book, written by one of the UK’s leading social policy experts, uses extensive research and survey evidence to challenge that view. It shows that our complex and ever-changing lives mean that all of us rely on the welfare state throughout our lifetimes, not just a small ‘welfare-dependent’ minority.

Using everyday life stories and engaging graphics, Hills clearly demonstrates how the facts are far removed from the myths. This revised edition contains fully updated data, discusses key policy changes and a new preface reflecting on the changed context after the 2015 election and Brexit vote.

“This is an academic book for everyone … every bit as revealing as an episode of The Wire” Danny Dorling, Times Higher Education

"The chancellor could do worse than read the wonderful recent book by John Hills. Entitled Good Times, Bad Times – The Welfare Myth of Them and Us, it explains in vivid detail just how important the welfare state is to the majority of the population over their life cycles." The Observer

"The concluding chapter is a tour-de-force. I cannot recall reading a better account” Adrian Sinfield, Journal of Social Policy

"Rarely have I been gladder to have read a book!" Jon Dean, LSE Review of Books

"An invaluable tool in the ongoing battle to challenge the denigration of welfare and the continuing stigmatisation of the most disadvantaged in society." Critical and Radical Social Work

"If the Labour Party is going to get back to becoming more of a moral crusade and less of an apologia for austerity, reading Good Times, Bad Times would be a very good place to start" Ian Cole, People, Place and Policy

" A powerful corrective to many of the myths of the welfare state" Peter Whiteford, Australian Review of Public Affairs

"This hugely important book shows how populist understandings of the welfare state are wrong. Its message needs to reach the voting public before it is too late" David Blanchflower, Dartmouth College (New Hampshire) and University of Stirling, and formerly of the Monetary Policy Committee, Bank of England

“Masterfully, John Hills has brought together all the important research work of the Welfare State into a compelling, challenging and highly readable account” Rt Hon Gordon Brown, former Prime Minister of the United Kingdom and United Nations Special Envoy for Global Education

"A meticulous compendium of decades of empirical work that seeks to upend the divisive discourse of “the welfare myth of them and us”" Tom Clark, The Guardian

"A lively and provocative book that will overturn your assumptions about the welfare state. A great read, and a 'must read' for policy-makers and the public alike." Jane Waldfogel, Columbia University School of Social Work, New York

“Should be compulsory reading not just for politicians and journalists, but for us all" Sheila Gilmore MP, Progress

“An extremely valuable piece of work” Baron Kirkwood of Kirkhope

“Accessible and learned, it is a myth buster.” Howard Glennerster, LSE

“A beautifully researched academic howl of rage against the current myth of 'welfare’. Anyone who wants to understand the state of welfare – and of the welfare state – in the second decade of the 21st century really needs to read this book.” Nicholas Timmins, Institute for Government and King's Fund

“This book is an extremely important contribution to central debates about the UK’s welfare state, deploying a wealth of statistical and research evidence in a highly accessible fashion to fundamentally challenge widely held perceptions about who benefits and who pays.” Brian Nolan, University of Oxford

"In this excellent and accessible book John Hills sets out to establish what is really going on in the contemporary welfare system in the UK." Christopher May, Lancaster University

" For those wishing to understand one of our most important and politically divisive institutions, this book is required reading." Lane Kenworthy, University of California, San Diego

Introduction: Them and us;

Are the poor too expensive? Redistribution and the welfare state;

The long view: Social policies and the life cycle;

The long wave: Wealth and retirement; 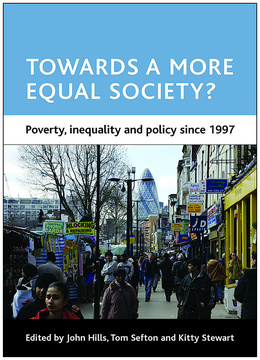 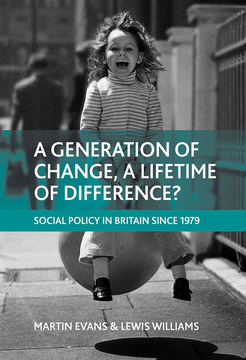 A generation of change, a lifetime of difference?

By Martin Evans and Lewis Williams 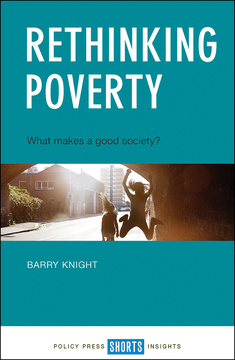 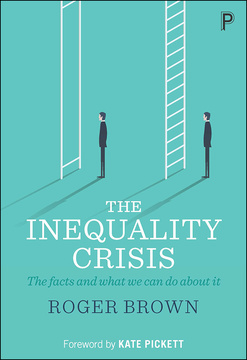 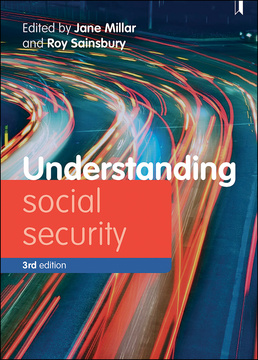 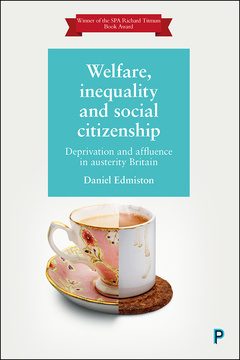 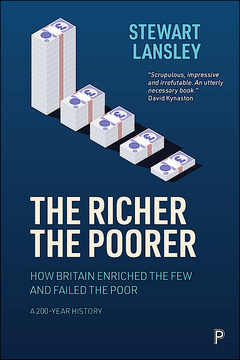