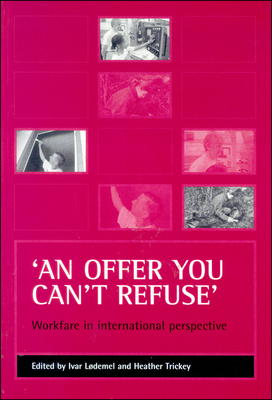 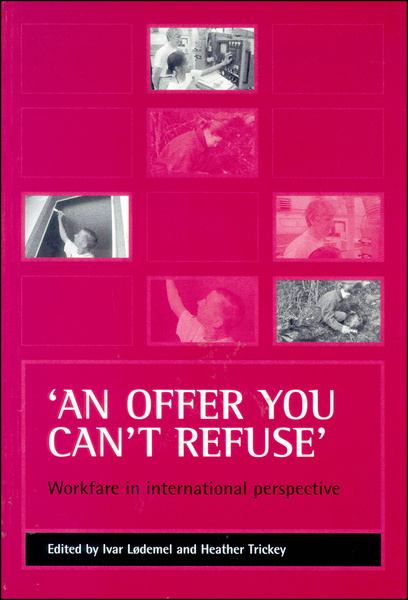 In the last decade, developed welfare states have witnessed a pendulum swing away from unconditional entitlement to social assistance, towards greater emphasis on obligations and conditions tied to the receipt of financial aid. Through administrative reforms, conditions of entitlement have been narrowed. With the introduction of compulsory work for recipients the contract between the state and uninsured unemployed people is changing.

The product of research funded by the European Union, this book compares 'work-for-welfare' - or workfare - programmes objectively for the first time. It considers well publicised schemes from the United States alongside more overlooked examples of workfare programmes from six European countries: France, Germany, the Netherlands, Norway, Denmark and Britain. It is the first time that details of workfare programmes have been collated in such an easily accessible format.

'An offer you can't refuse' provides an analysis of the ideological debates that surround compulsory work programmes and gives a detailed overview of the programmes implemented in each country, including their political and policy contexts and the forces that have combined to facilitate their implementation. Similarities and differences between programmes are explored. Explanations for differences and lessons for policy makers are discussed.

"This is an important and highly readable book and it marks the first time that workfare programmes have been collated in such an easily accessible format." European Access Plus

"... an excellent edited collection which provides insightful discussions of workfare policies and programs in the United States and several European countries." Journal of Progressive Human Services

"An excellent volume. The editors have furnished us with a much-needed account of contemporary workfare arrangements in key welfare regimes." Journal of Social Policy

"... an essential resource for students and others in social policy." Journal of Sociology and Social Welfare

"A first and a must on work and welfare in comparative perspective." Stephan Leibfried, Director, Centre for Social Policy Research, Bremen University

"'Workfare', 'activation', 'insertion' ... despite differing national titles, a significant shift in policy is underway. This book presents the first systematic cross-national survey of these new programmes, revealing their commonalities and diversity. More than that, it

develops an original framework for making sense of the active welfare states that are emerging." Ian Gough, Department of Social and Policy Sciences, University of Bath

"This book makes a point that is new and very important. Social policies for able bodied adults are undergoing vast changes in the Western world. Our US experience is not unique, although differences in tone and purposes of national policies, as this book shows, are very great." Richard Nathan, The Nelson A. Rockefeller Institute of Government