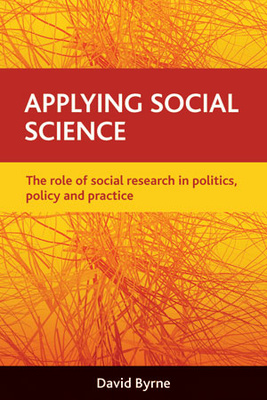 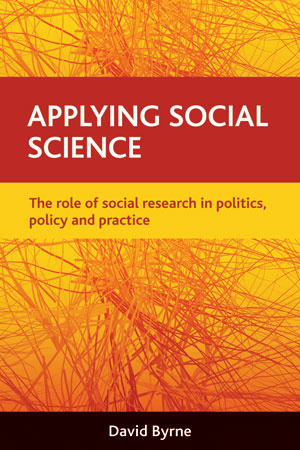 The role of social research in politics, policy and practice

In complex contemporary societies social science has become increasingly interwoven into the whole fabric of governance. At the same time there is an increasing recognition that attempts to understand the social world which seek to mimic the linear approaches of the conventional 'hard sciences' are mostly useless given the complex systems character of society in all its aspects. This book draws on a synthesis of critical realism and complexity theory to examine how social science is applied now and how it might be applied in the future in relation to social transformation in a time of crisis. A central argument is that there is no such thing as a 'pure' science of the social and that a recognition of the inevitability of application imposes obligations on social scientists wherever they work which challenge the passivity of most in the face of inequality and injustice.

"Byrne has advocated over the last decade an integration of critical realism and complexity theory and here is a good starting point for readers fresh to his argument. His book is worth reading." Journal of Social Policy

"Very useful for its focus on 'application'. Will no doubt help those in applied profesion. Very relevant for wsocial work students for constructing evidence. Very useful."

"This is a very apprehensible and practically oriented book" Olga Savinskaya, Higher School of Economics

"Provocative and passionate, David Byrne's 'Applying social science' is a shot across the bows of those who think of applied social science as an academic backwater. More than a treatise on the practice and politics of social research, this book analyzes the contradictory roles social scientists and social research in 'post-democratic' society." Charles Ragin, Department of Sociology, University of Arizona

"Applying social science is the book from David Byrne that many have been waiting for. This book will have a broad appeal to all those who care about the relevance and rigour of social research in the making of the policy and political agenda." Malcolm Williams, Director, Cardiff University School of Social Sciences

David Byrne is Professor of Sociology and Social Policy in the School of Applied Social Sciences in Durham University. He has worked as an academic and in community development, and has been an inner-city municipal councillor. His interests are in the transition from industrial to post-industrial society and in the methodological programme of the social sciences as this can be applied to understanding social issues and helping social action, and he has published widely on these subjects. 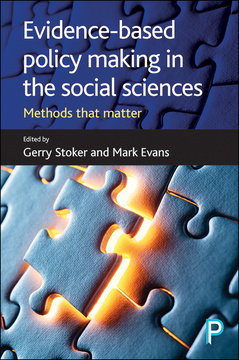