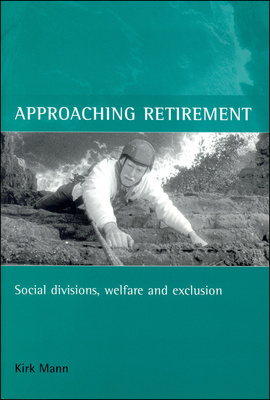 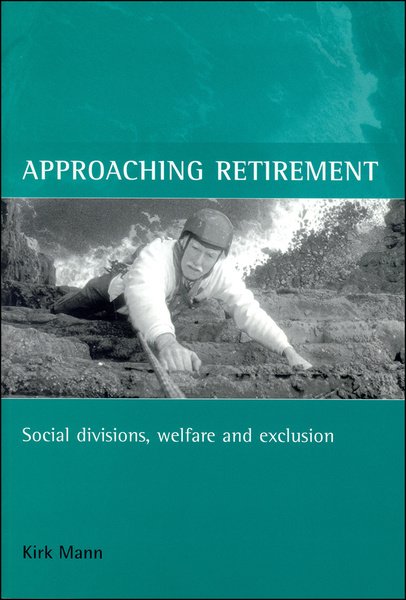 We are all approaching retirement but what should we expect? For some, it is a happy prospect. Others approach retirement knowing they face hardship and social exclusion. Amid alarming predictions of a 'demographic time bomb', governments and the private pensions industry urge everyone to plan and save now, but admit that there are risks.

But will the pension funds deliver on their promises? Will the rich increasingly retire early but the poor work for longer? How reliable are state pension schemes? Do the USA, Sweden, or Australia have a 'better' approach to retirement pensions than the UK?

Approaching retirement tackles these and many other questions from a number of sociological perspectives. Using the idea of the social division of welfare as a template, different approaches to retirement pensions policy are assessed and their strengths and weaknesses clearly presented.

This book will be an invaluable resource for social science students at all levels and for those who teach them. Economists and pension practitioners will also find food for thought here.

"... an original, interesting and informed exposition on the issues of retirement." Ageing & Society

"... highly readable. A significant achievement given the complexity of the subject matter, i.e. pensions, and the breadth of the theoretical perspectives that are examined." Journal of Social Policy

"In the current ideological climate of 'apocalyptic demography', in which public welfare is portrayed as inferior to private, this book provides a lively review of the ideological contests surrounding retirement and pension policies. The social division of welfare is examined through the lens of several theoretical approaches, including political economy, consumption theory, Foucauldrian discourse theory and risk theory. The impact of pension policies on all our lives is made abundantly clear, as are the contradictions between individualism and wider social well-being." Jay Ginn, Department of Sociology, University of Surry, UK

"This is an important and insightful book which deserves to be widely consulted. Kirk Mann's ability to synthesize theory and policy issues is truly impressive. He demonstrates just how sophisticated social policy scholarship has become." James Midgley, Specht Professor of Public Social Services and Dean of the School of Social Welfare, University of California, Berkeley

Kirk Mann is Senior Lecturer in Social Policy and Sociology at the University of Leeds. He has written on a range of social policy topics with social exclusion and the social division of welfare recurring themes in his work.

Introduction; Social divisions, exclusion and retirement; Two versions of political economy: ease and plenty or immiseration and crisis?; Consumption, consumers and choice; Post-work and post-structuralism: first past the post?; Risk and post-traditional welfare; Looking (or put out) for greener grass? Some comparative measures of 'success'; Prophets, profits and uncertain conclusions.