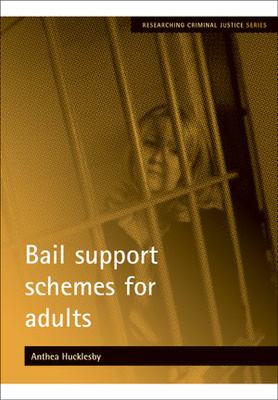 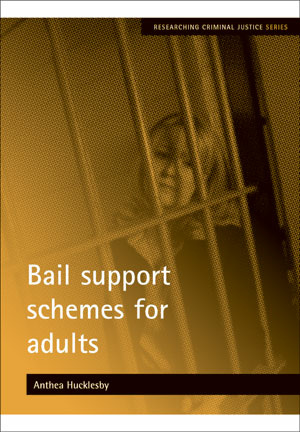 Bail is a fundamental human right which measures society's democratic credentials. Taken alongside an increasing prison population, there is an urgent need to find alternatives to custodial remands which do not increase risks to the community. This important book evaluates a bail support scheme called the Effective Bail Scheme (EBS), which was the first such scheme directed at adults, and places its findings in the context of bail law and practice. Based on up-to-date research, this book will make a valuable contribution to an under-researched area and provide useful insights for policy makers and practitioners.

"If efforts to reduce the prison population are to succeed then anyone involved in developing new bail and remand policies, or their implementation, should read this report. It sets out, in a clear and expert way, the gains and pitfalls which occur when policy ideas come to be implemented in practice." Mark Drakeford, Professor of Social Work and Applied Social Studies, Cardiff University

Anthea Hucklesby is Reader in Criminal Justice and Deputy Director of the Centre for Criminal Justice Studies at the University of Leeds. She has spent 20 years researching bail and pre-trial detention in the UK and is currently undertaking a comparative study of bail law and practice. Her research centres on the treatment of suspects, defendants and offenders within the criminal justice process and includes studies on all stages of the process.