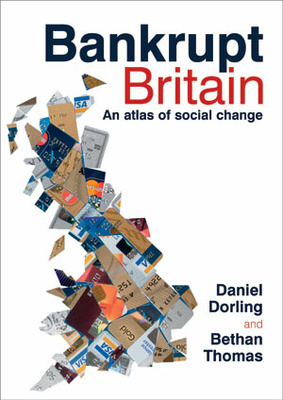 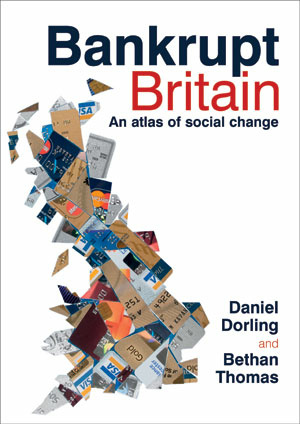 An atlas of social change

Bankrupt Britain is a unique atlas giving a comprehensive picture of the effect of the recession on Britain. In detailed colour maps, it shows how economic, social and environmental fortunes have been affected in different areas in the wake of the 2007 banking crisis, 2008 economic crash and 2009 credit crunch. It is essential reading for a broad audience with detailed local level data and a national snap-shot of Britain during this time.

"This work will have special appeal for those doing [work] in different areas of the world, as well as those looking for a model of visual data presentation: recommended" Choice Library Journal

"Bankrupt Britain: An Atlas of Social Change is the latest and most polished attempt to map social, political and economic data in an imaginative and engaging way." SoC Bulletin

"Danny Dorling and Bethan Thomas pull no punches in this tour de force of social commentary. Alongside a series of striking maps, charts and meticulous statistics, their incisive text reveals a society torn apart by inequality and the damage caused to the vast majority of us by the moral bankruptcy of the rich and powerful." Kate Pickett, Professor of Epidemiology, University of York, co-author of The Spirit Level, and co-founder of The Equality Trust

"Britain is experiencing an economic recession - what Bankrupt Britain shows is the social recession that millions of our people are enduring. We have to know how and why Britain is broke before we can fix it, Thomas and Dorling achieve that invaluable task with depth and style." Neal Lawson, Chair of Compass

Daniel Dorling is Professor of Human Geography at the University of Sheffield. His recent books include Injustice: Why social inequality persists and So you think you know about Britain?. He is a member of the World Health Organization's Scientific Resource Group on Health Equity Analysis and Research.

Bethan Thomas is a Research Fellow in the Department of Geography at the University of Sheffield. She has researched extensively on inequalities in Britain. Her publications include Identity in Britain and The Grim Reaper's Road Map. 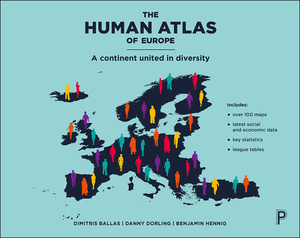 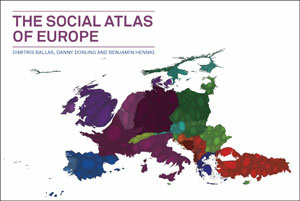