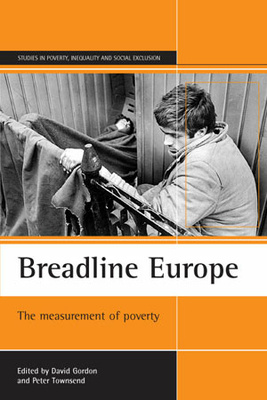 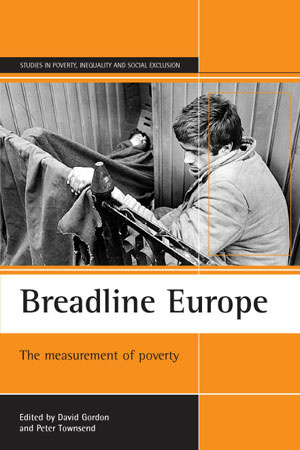 The measurement of poverty

Since 1990, the World Bank, most of the other international agencies and an increasing number of governments have committed themselves to the eradication of poverty. But the basis of their work badly needs overhaul and concerted verification. Breadline Europe provides a scientific and international basis for the analysis and reduction of poverty. It demonstrates that there is far more important research into the problem of poverty going on in many countries of Europe than the international agencies and national governments admit or even realise. Knowledge of the major scientific advances in research needs to be spread among other countries within as well as outside Europe.

Breadline Europe has been written by a number of leading European poverty researchers and has three main themes: the need for a scientific poverty line: for better definition and measurement of what is the biggest and rapidly growing international social problem; the need for better theories distinguishing between poverty and social exclusion, with the corresponding policies calculated to diminish these problems;the need for better international social policy and for better policy-related analyses of poverty: for more exact analysis of the year-by-year contribution of specific policies to poverty.

This is the first book to examine poverty in Europe within the international framework agreed at the 1995 World Summit on Social Development. Breadline Europe provides up-to-date, essential reading for social science undergraduates and postgraduate students. It will also be of considerable interest to policy makers and NGOs with a concern for poverty reduction.

"The Policy Press is fast carving out a niche for itself in producing up-to-date and accessible material on issues directly and indirectly relevant to policy. This book is exemplary on these counts." Sociology

"... one of the most authoritative works on poverty." European Journal of Social Security

"This is the first intellectually solid charge sheet drawn up against the post-Reagan free market economy in the European Union and, above all, in the post-Communist 'transition' states." Neal Ascherson, The Observer

"Breadline Europe will serve as a major reference book for poverty research as well as for the public discourse on poverty policies for years to come." Professor Jürgen Kohl, Institute of Sociology, University of Heidelberg, Germany

"... an undeniable contribution to understanding the complexity of poverty, its measurement and relations with inequality and social exclusion ... will be useful for researchers and valuable for students interested in poverty issues." The British Journal of Social Work

David Gordon is Professor of Social Justice and Director of the Townsend Centre for International Poverty Research, School for Policy Studies, University of Bristol.

Peter Townsend was Professor of International Social Policy at the Centre for the Study of Human Rights, London School of Economics and Political Science until his death in June 2009.

Introduction: the measurement of poverty in Europe ~ Peter Townsend and David Gordon; Part One: Resolving poverty: the need for a scientific consensus on concept and measurement: The international build up: poverty and the spirit of the time ~ Jacques Baudot; Reducing poverty: the implications of the 1995 Copenhagen Agreement for research on poverty ~ John Langmore; Measuring absolute and overall poverty ~ David Gordon; Absolute and overall poverty: a European history and proposal for measurement ~ David Gordon, Christina Pantazis and Peter Townsend; Women and poverty: a new research methodology ~ Elisabetta Ruspini; Horses for discourses: poverty, purpose and closure in minimum income standards policy ~ John Veit-Wilson; Poverty, inequality and health ~ Björn Halleröd; Part Two: European analysis of poverty and social exclusion: Poverty in Finland and Europe ~ Markku Lindqvist; Poverty and affluence in Ireland: a comparison of income and deprivation approaches to the measurement of poverty ~ Richard Layte, Brian Nolan and Christopher Whelan; Child poverty in comparative perspective ~ Jonathan Bradshaw; Poverty and the poor in Central and Eastern Europe ~ Ludmila Dziewiecka-Bokun; Poverty in Hungary and in Central and Eastern Europe ~ Zsuzsa Ferge; Measurement and definitions of poverty in Russia ~ Simon Clarke; What is social exclusion? ~ Ruth Levitas; Social exclusion: concepts and evidence ~ Tania Burchardt; Trajectories of social exclusion: the wider context for the third and first worlds ~ Graham Room; Conclusion ~ Peter Townsend and David Gordon. 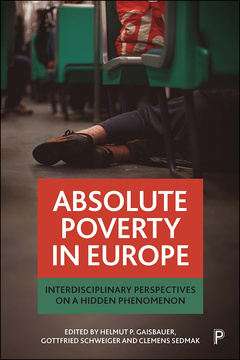