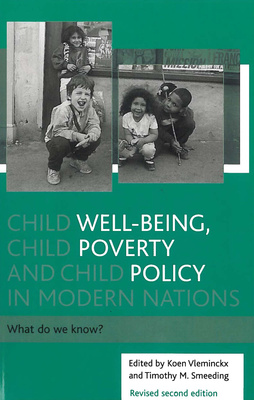 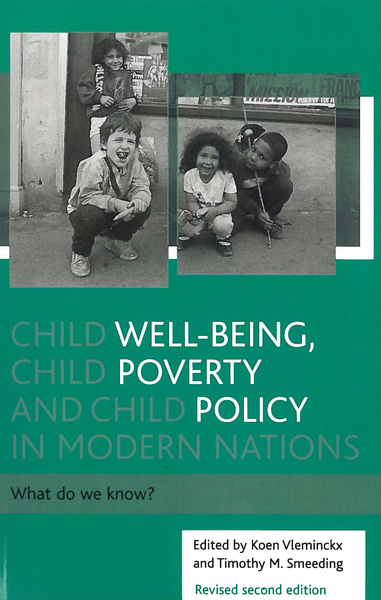 What do we know?

Child poverty and the well-being of children is an important policy issue throughout the industrialised world. Some 47 million children in 'rich' countries live in families so poor that their health and well-being are at risk.

The main themes addressed are:

· the extent and trend of child poverty in industrialised nations;

· outcomes for children - for example, the relationship between childhood experiences and children's health;

All the contributions underline the urgent need for a comprehensive policy to reduce child poverty rates and to improve the well-being of children. Findings are clearly presented and key focus points identified for policy makers to consider.

"... as a starting point for prompting or acting as an introduction to different ways of thinking about child poverty and its consequences this volume has much to offer." Children, Youth and Environment

"... the breadth and scope of this collection is astonishing." Local Government Studies

"This volume assembles some of the world's greatest experts on child poverty and welfare. Comparative in scope, it provides us with a truly comprehensive, rigorous, and up to date treatment of all the major issues. This book is an absolute must for academics as well as policy makers - by far the best available today." Gøsta Esping-Andersen, Universitat Pompeu Fabra, Spain

Koen Vleminckx is Senior Research Fellow at the Department of Sociology, the Catholic University of Leuven, Belgium.

Timothy M. Smeeding is the Maxwell Professor of Public Policy, Professor of Economics and Public Administration, and Director of the Center for Policy Research at the Maxwell School, Syracuse University, US.

Part 3: Country studies and emerging issues: From security to uncertainty: the impact of economic change on child welfare in Central Asia ~ Jane Falkingham (UK); The evolution of child poverty in Ireland ~ Brian Nolan (Ireland); Living conditions of immigrant children in Germany ~ Joachim R. Frick (Germany) and Gert G. Wagner (Germany); Who has borne the cost of Britain's children in the 1990s? ~ Hugh Davies (UK) and Heather Joshi (UK); The public and private costs of children in Australia, 1993-94 ~ Richard Percival (Australia) and Ann Harding (Australia); Health and well-being among school-aged children in Europe and North America: the WHO HBSC study ~ Candace Currie (UK); 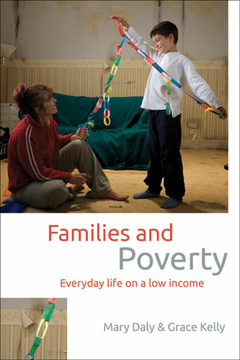