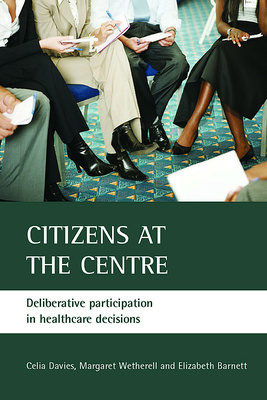 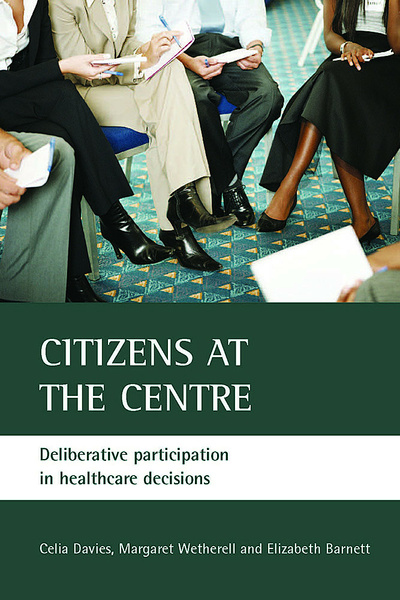 Involving citizens in policy decision-making processes - deliberative democracy - has been a central goal of the Labour government since it came to power in 1997. But what happens when members of the public are drawn into unfamiliar debate, with unfamiliar others, in the unfamiliar world of policy making at national level?

This book sets out to understand the contribution that citizens can realistically be expected to make. Drawing on the lessons from an ethnographic study of a public involvement initiative in the health service - the Citizens Council of NICE (National Institute for Clinical Excellence) - the book explores the practical realities behind the much-quoted faith in 'deliberation' that underpins so many models of public involvement and presents the analysis of sixty four hours of video and audiotape capturing a warts-and-all picture of deliberation in action. It sets deliberative participatory initiatives within a broad inter-disciplinary context and challenges politicians, policy-makers and academics to develop more realistic approaches to democratic innovation.

"Citizens at the centre" will be of interest to academics and students in social policy, sociology, politics, health, social care, economics, and public administration and management. It will also be valuable to anyone involved in the policy making process, not only in the UK, but also in Europe, the USA and other countries where deliberative democracy is being implemented or discussed.

"An engagingly written book that offers a detailed and thoughtful analysis of an innovative experiment in citizen participation in healthcare decision-making. This timely study raises a host of significant challenges for democratic theorists and practitioners alike." Graham Smith, Professor of Politics, School of Social Sciences, University of Southampton, UK

Celia Davies is currently Director of the Research for Patient Benefit Programme, National Institute for Health Research, and Visiting Professor at the London School of Economics and Political Science

Margaret Wetherell is Professor of Social Psychology at The Open University

Elizabeth Barnett is ex-Research Fellow in the Faculty of Health and Social Care at The Open University, now retraining in psychotherapy. 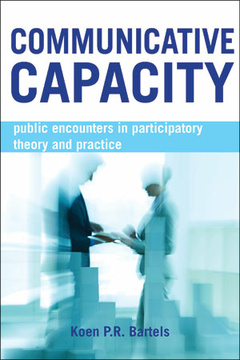