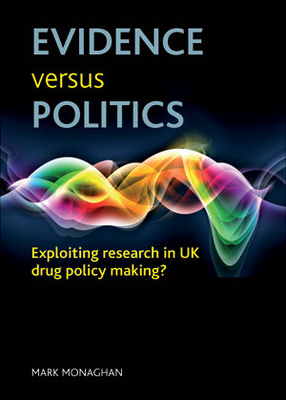 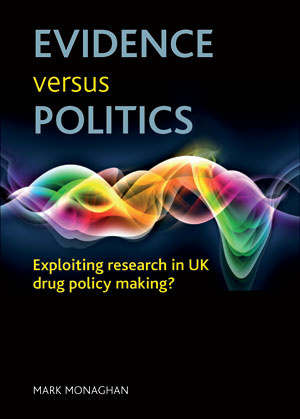 The initial enthusiasm for the evidence-based policy agenda has recently been replaced with increasing scepticism. Critics point out that 'policy-based evidence' characterises the relationship more accurately. Analysing the role and nature of evidence in the context of UK drug policy and drawing on a range of theories of the policy process and research utilisation, this book pursues an alternative route for conceptualising the evidence and policy connection, which moves beyond zero-sum statements of evidence-based policy and policy-based evidence. It will be essential reading for students and researchers in public policy and criminology.

'Monaghan does not pretend to provide a complete account of UK drug policy-making. But with this rich and thoughtful exploration of an important topic, he succeeds in his ambition to contribute to a more reasoned debate over the use of evidence in politicised areas.' - Susanne Macgregor in Journal of Social Policy

making. It both contributes to our understanding of the complexity of UK drug

"Monaghan’s discussion of drug classification provides a vehicle for some interesting and insightful reflections on the nature of the relationship - or rather relationships -between policy and evidence." Marcus Roberts in DrugLink

"Evidence is rather like a befuddled teenager - at once uncertain and shy and then pig-headed and brash. Eventually, however, it matures and finds its place. Monaghan's masterly book traces this coming of age in the contentious area of drug policy. It is a key contribution to the field." Ray Pawson, Professor of Social Research Methodology. University of Leeds

"This excellent and careful analysis of the dynamic interactions between evidence and policy in UK Drug Policy is exactly what is needed to move forward our thinking about evidence-based policy. I strongly recommend it to all those interested in the prospects for increasing the rationality of policy through reference to evidence." Sandra Nutley, Professor of Public Management, University of Edinburgh Business School, Edinburgh