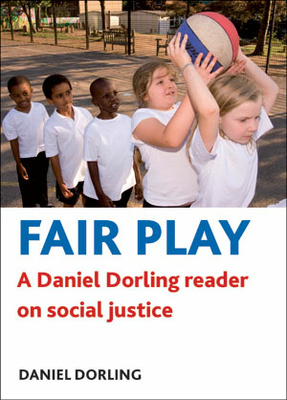 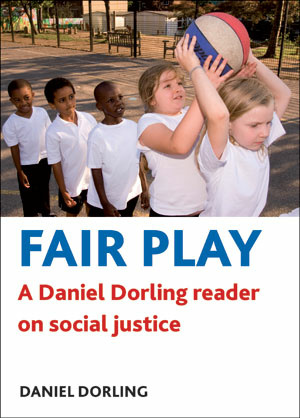 This accessible reader brings together a selection of highly influential writings by Danny Dorling which look at inequality and social justice, why they matter and what they are. Encompassing an extensive range of print and online media - including newspaper articles and key publications - 'Fair Play' provides evidence that Britain is becoming more politically, socially and economically divided whilst coming together in terms of educational outcomes and reduced segregation by ethnicity.

"A store of brain stimulants to dip into. Dorling turns his serious research into engaging prose, consistently questioning the ways of our world." Ludi Simpson, University of Manchester

'In this book Daniel Dorling has brought together fifty-two of his academic papers, newspaper articles, magazine articles, and unpublished essays, to create a nicely structured and really quite devastating critique of our unequal society: devastating because so carefully researched.' - Citizen's Income Newsletter

"Danny Dorling consistently works to subject the myths that sustain inequality and injustice to the test of patient inquiry. In the political struggles that lie ahead of us we need a social science that does not reproduce the assumptions of the privileged and the powerful. We need, in other words, to read Danny Dorling." Dan Hind, author of The Return of the Public and The Threat to Reason

"Professor Dorling, geographer extraordinaire, brings the debate on inequalities and social immobility to life: if his powerful new book leaves you stimulated, provoked, angry, then Danny Dorling has succeeded again." Lord Richard Best, independent member of the House of Lords

Daniel Dorling is Professor of Human Geography at the University of Sheffield. Before becoming a researcher and teacher he worked in children's playgroups and play-schemes. He has taught in universities in Newcastle, Bristol, Leeds and New Zealand. He is an Academician of the Academy of the Learned Societies in the Social Sciences, a patron of the charity RoadPeace and is current president of the Society of Cartographers.