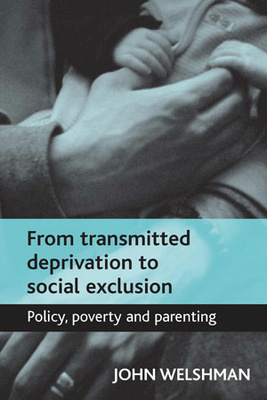 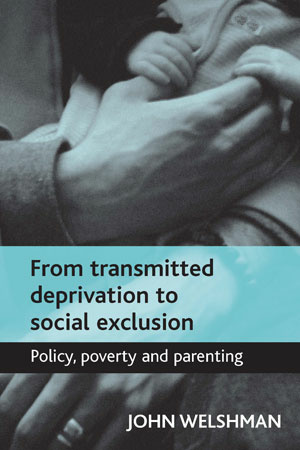 The book explores the content and background to Sir Keith Joseph's famous 'cycle of deprivation' speech in 1972, examining his own personality and family background, his concern with 'problem families', and the wider policy context of the early 1970s. With this background, the book explores New Labour's approach to child poverty, initiatives such as Sure Start, the influence of research on inter-generational continuities, and its stance on social exclusion. The author argues that, while earlier writers have acknowledged the intellectual debt that New Labour owed to Joseph, and noted similarities between their policy approaches to child poverty and earlier debates, more recent attempts to tackle social exclusion, by both the Labour and Coalition Governments, mean that these continuities are now more striking than ever before.With a new Preface for the paperback edition, From transmitted deprivation to social exclusion is the only book-length treatment of this important but neglected strand of the history of social policy. It will be of interest to students and researchers working on contemporary history, social policy, political science, public policy, sociology, and public health.

"This book places the academic debates around transmitted deprivation into a clear and chronological framework... His use of historical sources combined with interviews with those involved gives a depth to the book that draws the reader in." Vanessa Beck, Journal of Social Policy

"Welshman's book is a fascinating account of a hitherto largely neglected topic and the author is to be commended for the breadth of his investigation and the relevance of the lessons he draws from it from today." Nick Axford, British Journal of Social Work

"John Welshman has produced an admirable book which can fruitfully be engaged with by historians concerned with all aspects of welfare and well-being over the past century and longer." John Stewart, Social History of Medicine

"The book is a thorough and fascinating study of the history of poverty and policy from the mid-twentieth century to the early twenty-first....Enormously valuable to a range of potential readers..." Tanya Evans, Twentieth Century British History