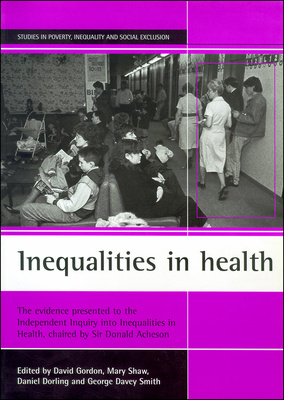 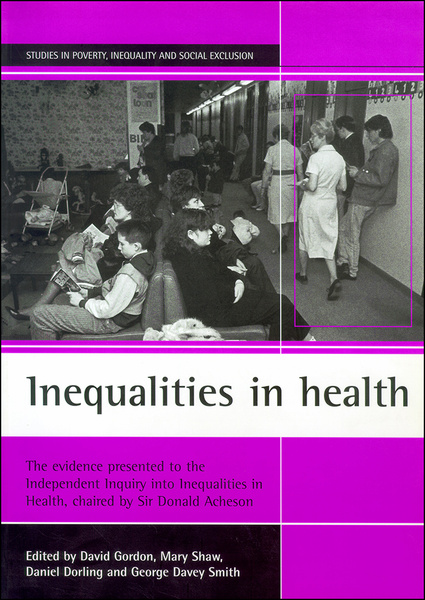 The evidence presented to the Independent Inquiry into Inequalities in Health, chaired by Sir Donald Acheson

The Acheson Inquiry was the most important government-backed examination into inequalities in health in the past 20 years. However, much of the detailed evidence presented to the Inquiry has not been published - until now.

This book presents 17 chapters of evidence commissioned by the Acheson Inquiry to inform their work. It provides a 'state of the art' review, by leading experts, into aspects of inequalities in health among:

Inequalities in health: The evidence is important reading for academics in the social and medical sciences, students, medical professionals and people working within the fields of health and community care.

"... a useful collection of state of the art papers." BMJ