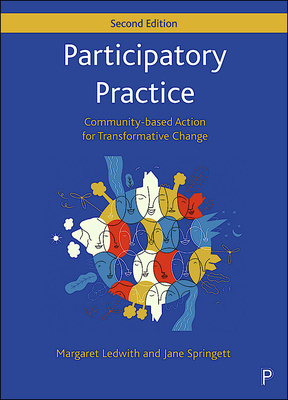 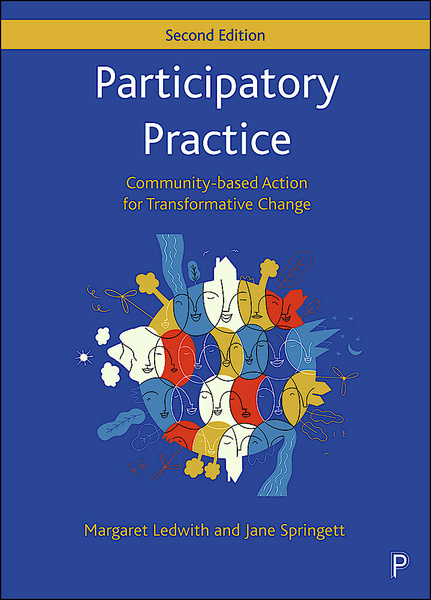 By Margaret Ledwith and Jane Springett

In this second edition of a bestselling book, the authors’ unique, holistic and radical perspective on participatory practice has been updated to reflect advances in thought made in the past decade, the impact of neoliberalism and austerity and the challenge of climate change. Their innovative approach bridges the divide between community development ideas and practice to offer a critical praxis.

The authors argue that transformative practice begins with everyday stories about people’s lives and that practical theory generated from these narratives is the best way to inform both policy and practice.

The book will be of interest to academics and community-based practitioners working in a range of settings, including health and education.

"This book presents a sustained challenge to governments and international organisations, such as the World Bank, which claim to be signed up to people's participation. Community-based action should be about transformative change, as the book's subtitle suggests, and this deeply thoughtful book shows why and how it can be achieved. It is a very welcome addition to the impressive canon being developed by the authors." Professor Gary Craig, Ambassador and Past President,

"Participatory research and popular education are key means to uncovering 'knowledge as if people mattered'. This superb book enriches our understanding of these areas, building on them to create an inclusive - and enticing - world view." Dr Alex Scott-Samuel, University of Liverpool

"I am delighted to see this book which envisions participatory practice as a 'practical utopia', a transformative way of seeing the world combined with practical approaches to change through emancipatory action research in community, with implications for health and well-being. In seeking to integrate the practical with the visionary, the authors are offering us a way of seeing our lives as community developers, health promoters, citizens and professionals as expressions of fundamental values such as freedom, equality, respect and reciprocity" Professor Peter Reason, Centre for Action Research in Professional Practice, University of Bath

Margaret Ledwith is Emeritus Professor of Community Development and Social Justice at the University of Cumbria.

Margaret: I live in Lancaster where I am Emeritus Professor of Community Development and Social Justice at the University of Cumbria. As a child, I was aware of social injustices around me, but had no understanding of the ways that power discriminates to privilege some at the expense of others. This pursuit of power followed me into classroom teaching, to work with Vietnamese Refugees in Scotland, to time spent in Nicaraguan communities after the Sandinista revolution… all of which changed my practice and my life. My thinking needed the flick of a switch, and this happened when I was introduced to the theories of Paulo Freire, Antonio Gramsci and feminism at Edinburgh University. From then on, I saw power as a tangible discriminatory force in everyday life, and began taking Freire into feminism, anti-racism and intersectionality, both as a community development practitioner and in my books.

To date, the culmination of my thought is captured in this second edition of Participatory Practice and the third edition of Community Development: A Critical and Radical Approach, published 2020. Beyond this, I am working on my lifework. I am committed to emancipatory action research as a living praxis for social and environmental justice practitioners and activists, and extremely interested in the role of storytelling as provocation to trigger critical dialogue and action for change.

Jane Springett is Emeritus Professor at the School of Public Health, University of Alberta, Canada.

Jane: I respectfully acknowledge that this book was written on Treaty 6 territory , a traditional meeting ground, gathering place and travelling route for many indigenous groups, including Cree, Saulteuax, Blackfoot, Metis, Dene and Nakota Sioux and now for many peoples from around the world. I have been privileged to live here since 2011 when I came to take up a position of the Director of the Centre for Health Promotion Studies. I have worked in a number of countries, including Sweden, Germany , Kyrgyzstan and Mexico. I have been fortunate for such a rich experience that has opened me up to the impact of colonisation and to new ways of working, while confirming my commitment to participatory practice in health promotion and research.

I am a co-founder of the International Collaboration for Participatory Health Research and a member of the coordinating group of the Collaborative Action Research Network. Indigenous cultures have an intimate spiritual connection with the land. I understand what that means and it is the land of my home country I have missed and to which I return. I take with me my new wisdom to share and inform practice in a different context.

Section one: A Participatory Paradigm;

The Use of Story;

The Role of Dialogue; 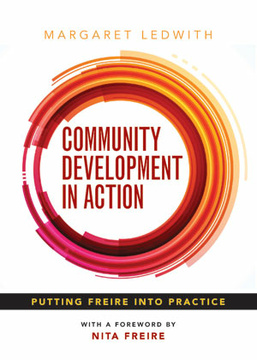 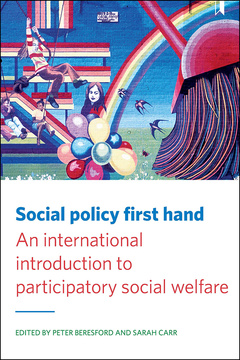