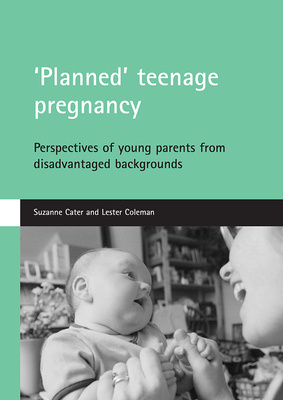 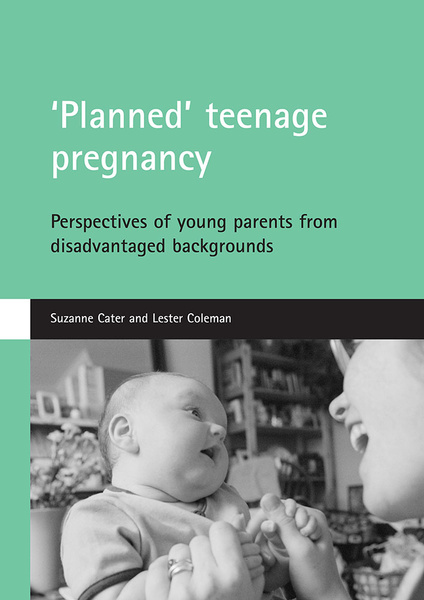 By Suzanne Cater and Lester Coleman

This in-depth study explores the motivations for 'planned' teenage pregnancy in England. The findings have important implications for the Teenage Pregnancy Strategy and the increasing political agenda on young people and health.

The report is based on 51 in-depth interviews, undertaken among teenagers in six relatively disadvantaged locations who reported their pregnancy as 'planned' (41 women and 10 men). Key findings include:·

Young women report varied accounts of the extent to which their pregnancy was planned.

Young women's childhood and background act as contributing factors to 'planning' a pregnancy.

More explicit and direct influences include viewing pregnancy as a chance to gain a new identity and change direction in life.

Suzanne Cater is Research Officer at the Trust for the Study of Adolescence (TSA). Lester Coleman is Research Team Manager at TSA, and manages a number of research projects relating to young people's health (including sexual health and teenage pregnancy, alcohol misuse, and sporting health).