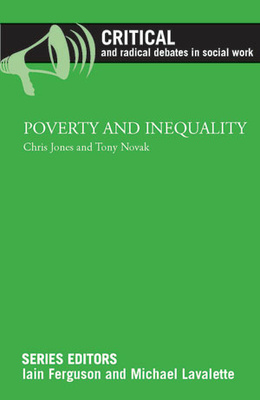 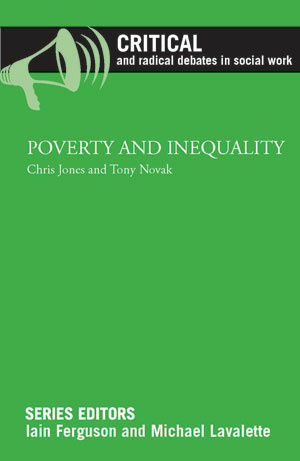 Neoliberalism and austerity have led to a growing inequality gap and increasing levels of poverty and social harm. In this short form book, part of the Critical and Radical Debates in Social Work series, Chris Jones and Tony Novak look at consequences of poverty and inequality and the challenge they pose to the engaged social work academic and practitioner. There are many studies of poverty that look at competing definitions (and some of the consequences) of poverty in modern society. Here the authors argue that, especially for a profession with a claimed commitment to values based on equality, social justice and meeting human need, poverty and immiserisation impose a requirement on social workers to speak out and not to collude with social policies that make the plight of the impoverished even harder and their lives even worse.

"Chris Jones and Tony Novak's lead essay provides a chilling analysis of how neo-liberalism has resulted in vast increases in poverty and inequality, not least since the financial and economic crisis of 2007-date ... The book is an excellent read, containing messages and arguments that have to be seriously considered and addressed." Steve Rogowski, social worker (children and families)

"They [Criticial and Radical Debates in Social Work series] are strong and deeply felt books that describe the current overwhelming sense of betrayal felt by so many citizens in this age of austerity and increasing poverty." Research, Policy and Planning

Chris Jones and Tony Novak have worked together teaching, researching and writing about British social policy since 1970. Tony's main focus is social security and poverty and Chris' is social work. Their Marxist and radical perspectives are well known and are reflected in many joint publications including Poverty, Welfare and the Disciplinary State (Routledge, 1999).

“We don’t want to be ashamed tomorrow”: Poverty, inequality and the challenge to social workers ~ Lead essay by Chris Jones and Tony Novak;

Which side are we on? ~ response by Mimi Abramovitz;

Neoliberalism and welfare: the Canadian experience ~ response by Suzanne Dudziak;

Social work and the Greek crisis ~ response by Dimitra-Dora Teloni;

Now time for neoliberalism: resisting Plan B from below ~ response by Sanford F. Schram;

What are you going to do about it? ~ Concluding remarks by Chris Jones and Tony Novak; 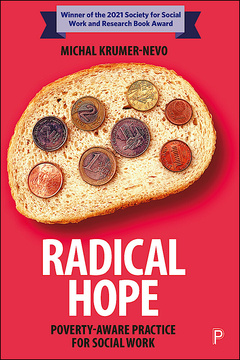