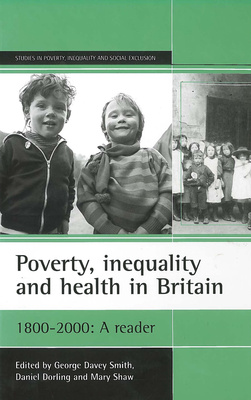 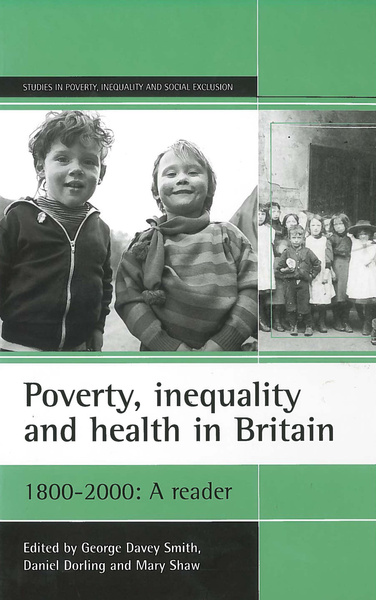 Inequalities in health, in terms of both empirical evidence and policies to tackle their reduction, are currently high on the research and political agendas. This reader provides two centuries of historical context to the current debate.

Poverty, inequality and health in Britain: 1800-2000 presents extracts from classic texts on the subject of poverty, inequality and health in Britain. For the first time, these key resources are presented in a single volume. Each extract is accompanied by information about the author, and an introduction by the editors draws together themes of change and continuity over two hundred years. Some extracts present empirical evidence of the relationship of poverty and health, while others describe the gritty reality of the everyday struggles of the poor.

This book will be of interest to students, researchers, academics and policy makers working in a range of disciplines: the social sciences, historical studies and health. It will also be of interest to all those concerned with tackling health inequalities and social justice generally.

"The editors of this volume are to be congratulated on the quality of the selections from classics texts on poverty, inequality and health in Britain during the nineteenth and twentieth centuries." International Journal of Epidemiology

"... a convenient source for those studying social history." Journal of Social Policy

"... a handy course guide for classes in the history of public health and urban studies." Bulletin History of Medicine

"This book is an invaluable reference for academics and students, working in a variety of disciplines, who are interested in health inequalities." Ian Rees Jones, Faculty of Healthcare Sciences, St George's Hospital Medical School

"This is an excellent collection of the most influential scholarly British work in this field. The introduction and timeline provide a helpful overview of the subject." Alison McCallum, Department of Public Health, University of Helsinki

George Davey Smith is Professor of Clinical Epidemiology in the Department of Social Medicine at the University of Bristol. He has published widely in the field of social epidemiology, particularly on the health effects of the accumulation of socioeconomic advantages and disadvantages over the lifecourse.

Daniel Dorling is Professor of Quantitative Human Geography in the School of Geography at the University of Leeds. His research interests include the visualisation of spatial social structure and the changing economic, political and medical geographies of Britain.

Mary Shaw is an ESRC-funded Research Fellow in the School of Geographical Sciences at the University of Bristol. She researches various aspects of social and spatial inequalities in health and their implications for social policy.