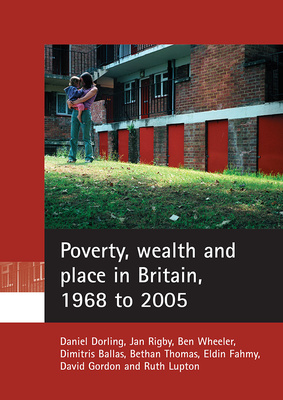 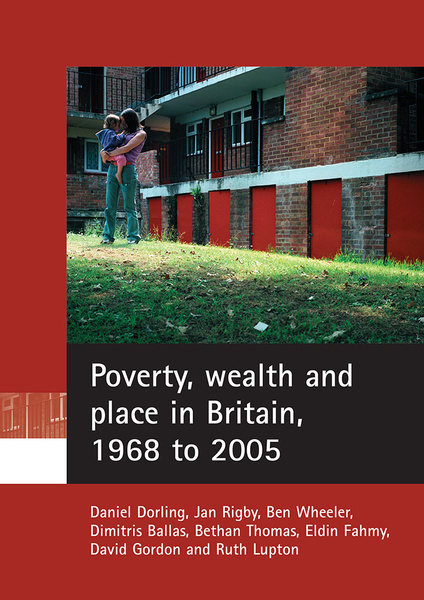 A wide range of secondary data is used, beginning with the first national Poverty in the UK survey of Peter Townsend and colleagues, and ending with data released during the middle of the current decade. The authors extend concepts of social exclusion to establish 5 household groupings: the 'exclusive wealthy' - able to exclude themselves from the norms of society; those who are rich but not exclusively so; those who are neither rich nor poor; the 'breadline poor'; and the 'core poor' - who experience a combination of severe income poverty, material deprivation and subjective poverty.

Poverty and wealth statistics are mapped in detail to explore geographical patterns over the last four decades, and analysed to determine whether poverty and wealth have become more or less polarised.

"... a depressing but nevertheless important exposé of contemporary social life. ... an essential resource for anyone interested in punishment and society. Dorling et al expose the extent of inequality in the UK today." Prison Service Journal, Nov 2007, Issue 174.

Daniel Dorling, Jan Rigby, Ben Wheeler, Dimitris Ballas and Bethan Thomas are members of the Social and Spatial Inequalities research group in the Department of Geography, University of Sheffield. Eldin Fahmy and David Gordon are based in the University of Bristol School for Policy Studies and in the Townsend Centre for International Poverty Research, where David is the Director. Ruth Lupton researches issues of poverty and place at the Institute of Education, University of London.