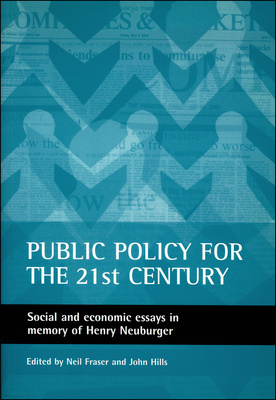 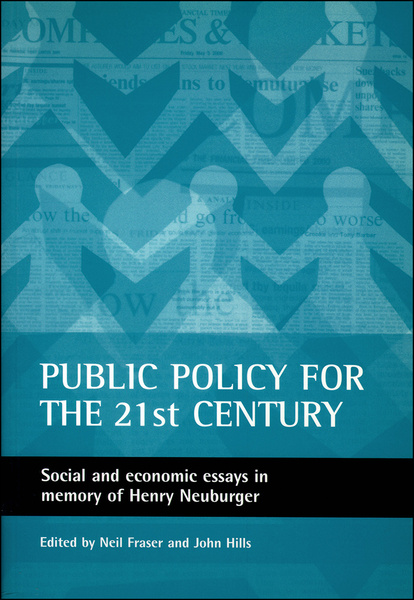 Social and economic essays in memory of Henry Neuburger

Public policy for the 21st century is a collection of essays in memory of Henry Neuburger, an economist whose career spanned half a dozen government departments, and who was for much of the 1980s an adviser to the leadership of the Labour Party. His original contributions to economic policy analysis across the field of public policy are the starting point of the essays, whose contributors between them cover the same broad span of economic policy. The essays look forward to the new century and together form an introduction to key issues in contemporary policy making.

Policy issues covered include macroeconomic policy, the impact of the National Minimum Wage, the distributional effect of tax and benefit policies since the 1997 change of government, the debates around an 'urban renaissance', and the impact of European integration on policy making. Contributors also examine and explain debates around different approaches to economic analysis, and show how analysis can be carried beyond the conventional confines of the money economy and of the household as a 'black box'. The book concludes with a discussion of Henry Neuburger's career, looking in particular at the role of economic advisers within policy making.

This is a timely book on economic policy making and commitment to making that policy work. It is important reading for students and academics concerned with public, economic and social policy, and government economists.

"... a set of thoughtfully written, wide ranging and up to date assessments of a variety of areas in public and social policy." Journal for Social Policy

"... this work will be of high interest to anyone with an interest in the work of Henry Neuburger, but serves much further as a valuable contribution to the contemporary study of economic and social policy." Political Studies

"This memorial volume has an unusually strong set of contributors and covers a wide range of issues of contemporary relevance. Any student or teacher of economic and social policy will find plenty of informative and searching analysis." Andrew Glyn, Corpus Christi College, Oxford

"... a welcome volume. ... a book for anyone seriously interested in contemporary economic and social affairs." Roger Berry MP, Tribune

"... an interesting account of how Labour developed its economic policies during the Eighties, a reminder that New Labour did not begin with Tony Blair." The Observer