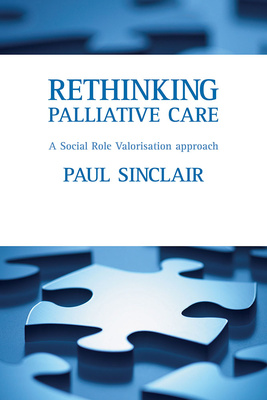 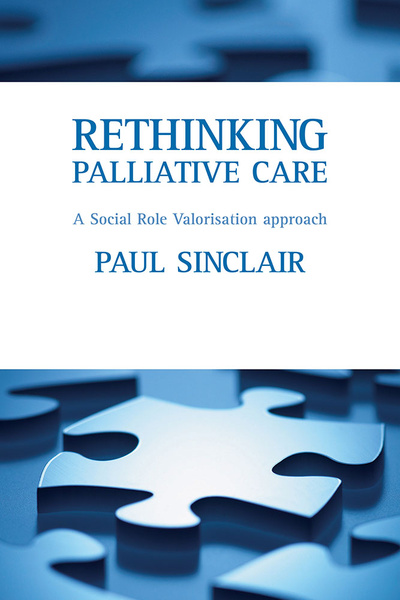 This book's striking message is that palliative care does not deliver on its aims to value people who are dying and make death and dying a natural part of life.

Rethinking palliative care will be of interest to academics, students and practitioners in palliative care as well as those in disability, social policy, sociology, social work, religion, thanatology, nursing and other health related fields.

"...it is always helpful to challenge our commonly held perceptions. For palliative care, this new book by Paul Sinclair does just that... Through a carefully prepared discussion, Sinclair defends his critical perspective well, describing the components of SRV, whose resonance is clear within palliative care." Journal of Advanced Nursing, Vol 60 (6) Dec 2007

"This book successfully makes the connection between two networks, each with their own theoretical and practical influences. Social Role Valorization (SRV) theory has had major effects on services for people with intellectual disabilities in a number of countries, not without controversy. The world of palliative care has equally seen much theoretical and practical debate, not least when it focuses on vulnerable people and the effects of how they are perceived - the heart of SRV. The book's challenge to current practice in palliative care is calling, with the aid of SRV theory, for a 're-think' of basic assumptions and influences, and is both timely and well laid out. It should be read by academics and practitioners in both the SRV and palliative care worlds." Dr David Race, Senior Lecturer, Salford University and author of 'Social Role Valorization and the English Experience'

Dr Sinclair is a social worker consulting in both the 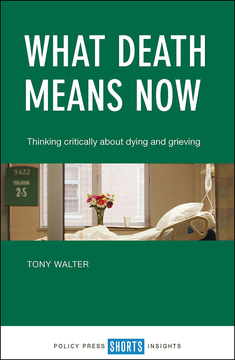