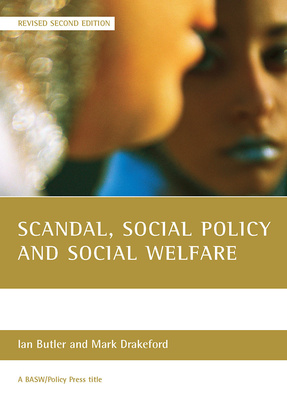 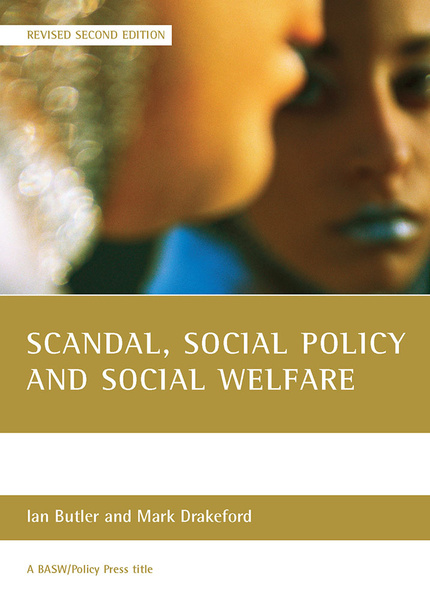 Scandals do not just happen. They are made. They are constructed out of such everyday tragedies as the small carelessnesses and institutional brutality of the long stay hospital, the abuse of children or the violent deaths of innocent bystanders. This book, by examining the landmark scandals of the post-war period, including more recent ones, such as the Victoria Climbie Inquiry, reveals how scandals are generated, to what purposes they are used and whose interests they are made to serve.

In particular, it examines the role of the public inquiry, an increasingly familiar policy device, in the process whereby the 'story' of a particular scandal is told and its meaning fixed. Using transcripts, press coverage, materials from the Public Record Office and other contemporary sources each of the scandals described in the book is located in its own historical and policy context in order to explore the complex cause and effect relationship between public policy and scandal.

"Ian Butler and Mark Drakeford address some key issues in the development of social welfare... a fascinating book and one which should be essential reading for all new social workers... provide[s] a convincing account of the ways in which inquiries generate scandals which then provide the raw material for claims about the inadequacies of current services and policies." Andy Alaszewski, British Journal of Social Work

"... an original and thought-provoking book which is very much to be welcomed." Journal of Social Policy

"This thought-provoking and enjoyable book offers a concise summary of historical trends and theoretical perspectives that helps the reader to see how the Climbie case, like other welfare scandals and inquiries, has both contributed to, and been shaped by, underlying seismic policy shifts." Child and Family Social Work

"It is not the unquestionable intellectual stature of this work that has made the strongest impression on me. Scandal, social policy and social welfare proved to be an excellent read for the summer. It tells a story which, as it unfolds, is full of twists and turns, plots and subplots, heroes and villains, victims and rescuers, which I could hardly put down. On this evidence, no one could ever say that social work is boring. Read it for yourself!" British Journal of Social Work

Contents: Scandal; 'Gothic nightmare': madness and public policy from the eighteenth century; 'The corruption of care': the Ely Hospital Inquiry 1969; 'Household happiness, gracious children': children, welfare and public policy, 1840-1970; The story of Cinderella: the report of the Committee of Inquiry into the Care and Supervision Provided in Relation to Maria Colwell 1974; 'Mere oblivion': the fate of the institution and the advent of community care; 'Carnage in the community': the Christopher Clunis Inquiry 1993; 'An ambience of uneasiness': the residential care of children, 1834-1990; 'A narrow, punitive and harshly restrictive experience': the Pindown experience and the protection of children. The Report of the Staffordshire Child Care Inquiry 1991; Scandal, welfare and public policy; The final chapter?