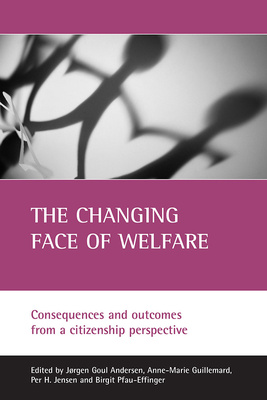 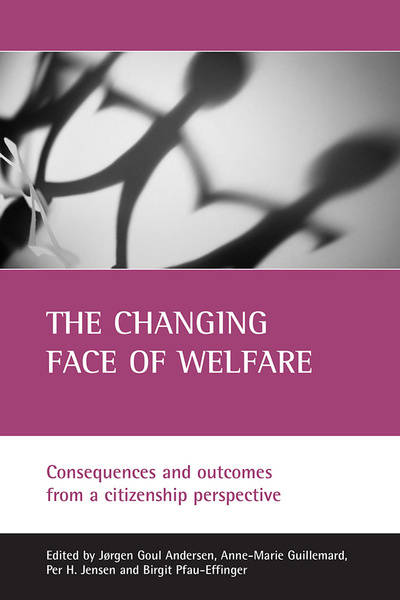 Consequences and outcomes from a citizenship perspective

There have been major shifts in the framework of social policy and welfare across Europe. Adopting a multi-level, comparative and interdisciplinary approach, this book develops a critical analysis of policy change and welfare reform in Europe.

The book applies a dynamic and change oriented perspective to shed light on policy changes that are often poorly understood in the welfare literature, and contributes to a further development of the theoretical and conceptual frameworks for understanding social change.

Jørgen Goul Andersen is Professor of Political Sociology, Centre for Comparative Welfare Studies, Aalborg University, Denmark. He is the co-ordinator of the Danish Election Programme and the ISSP programme, and a member of the Board of the Danish Democracy and Power Programme.

Anne-Marie Guillemard is Professor of Sociology, with a Chair at the Department of Social Sciences, University of Paris-Sorbonne. She is a member of the European Academy of Sciences and the Institut Universitaire de France, is on the editorial boards of Revue Francaise de Sociologie and European Review and is the Vice Chair of COST A13.

Per H. Jensen is Associate Professor, Centre for Comparative Welfare Studies, Aalborg University, Denmark and Director of the Danish national Research School on Welfare State and Diversity. He is also the Chair of COST A13.

Birgit Pfau-Effinger is Professor at the University of Hamburg. She has published widely in comparative sociology and social policy, the sociology of inequality and labour markets, family sociology and gender studies.