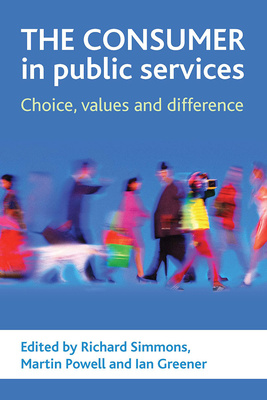 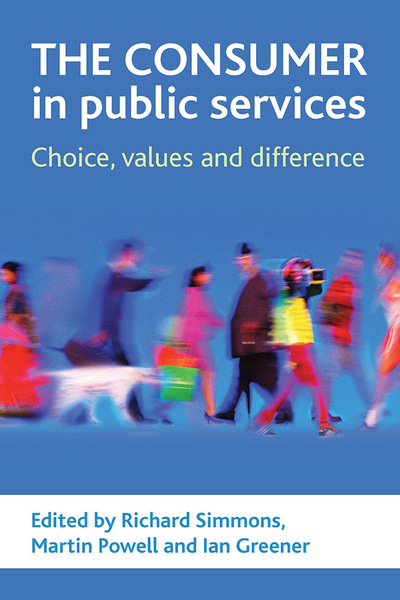 This book challenges existing stereotypes about the 'consumer as chooser'. It shows how we must develop a more sophisticated understanding of consumers, examining their place and role as users of public services. The analysis shows that there are many different 'faces' of the consumer and that it is not easy to categorise users in particular environments.

Drawing on empirical research, "The consumer in public services" critiques established assumptions surrounding citizenship and consumption. Choice may grab the policy headlines but other essential values are revealed as important throughout the book. One issue concerns the 'subjects' of consumerism, or who it is that presents themselves when they come to use public services. Another concerns consumer 'mechanisms', or the ways that public services try to relate to these people. Bringing these issues together for the first time, with cutting-edge contributions from a range of leading researchers, the message is that today's public services must learn to cope with a differentiated public.

This book will be of interest to scholars and students in the fields of social policy and public administration. It will also appeal to policy-makers leading 'user-focused' public service reforms, as well as those responsible for implementing such reforms at the frontline of modern public services.

"Drawing on cutting edge research, this book brings together an impressive list of contributors to unpack a deceptively simple idea. A must for anyone interested in the future of public services." Marilyn Taylor, Professor of Urban Governance and Regeneration, University of the West of England

Richard Simmons is Lecturer in Social Policy at the University of Stirling, Scotland. His research focuses on the governance and delivery of public services, especially in the application of user perspectives.

Martin Powell is Professor of Health and Social Policy at the Health Services Management Centre, University of Birmingham. His research interests include welfare theory, policy evaluation and health policy.

Ian Greener is Reader in Social Policy at Durham University. He has written widely about health policy and organisation in the UK.