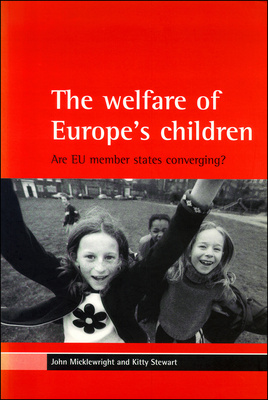 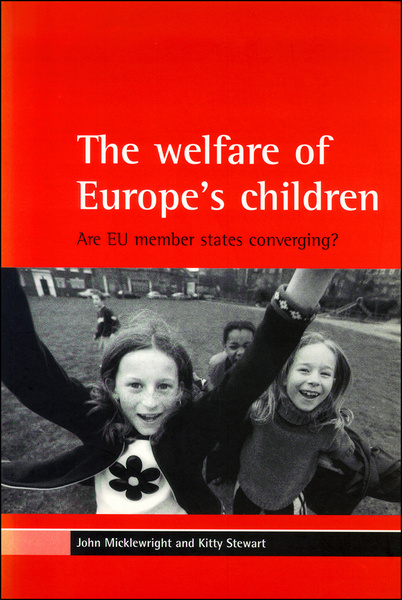 By John Micklewright and Kitty Stewart

Discussion of convergence in the EU in recent years has centred on economic indicators related to monetary union and the single European currency, but it is the convergence of living standards that is the ultimate goal of European integration.

This book analyses the living standards of the nearly 80 million children in the EU, who represent over a fifth of the Union's total population. The well-being of Europe's children is important now - and the nature of their progress to adulthood will have a major impact on the shape of Europe's future.

By analysing the trends of child well-being in Europe over the last two decades, this book asks:

Is the well-being of children in the EU becoming more similar across member states?

Are countries diverging while their economies converge?

These issues are addressed with a wealth of data on different dimensions of the changing welfare of Europe's children - evidence that has not previously been drawn together in a single source. The authors consider in turn the material well-being of children, their health and education, teenage fertility, and young people's own views of their lives. There is careful treatment of conceptual and measurement issues and data quality and comparability, together with reference to a large literature across the different relevant disciplines.

This book aims to raise the profile of children in the debate on Europe's future, and in doing so to contribute to the growing discussion of economic and social cohesion in the EU. The analysis is rigorous but it avoids disciplinary jargon and will appeal to a pan-European audience. It is important reading for academics across the social sciences interested in the well-being of children and youth, NGOs working on behalf of the young, and local and national government policy advisers concerned with the issues in a domestic or European context.

"A welcome intervention into current debates about policy for improving the welfare of children." Childright

"... successful in raising consciousness regarding the situation of children and in adding to the current state of knowledge." Jounal of Public Policy

"... important reading for academics across the social sciences interested in the well-being of children and youth." European Access Plus

"This is an original contribution in terms of both understanding and, especially, evidence. The evidence presented is very carefully put together and based on extensive research. I know of no other source that provides so much detail about current trends in child well-being. " Stephen P. Jenkins, Professor of Applied Economics, Institute for Social and Economic Research, University of Essex