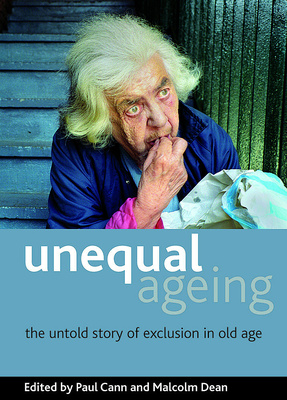 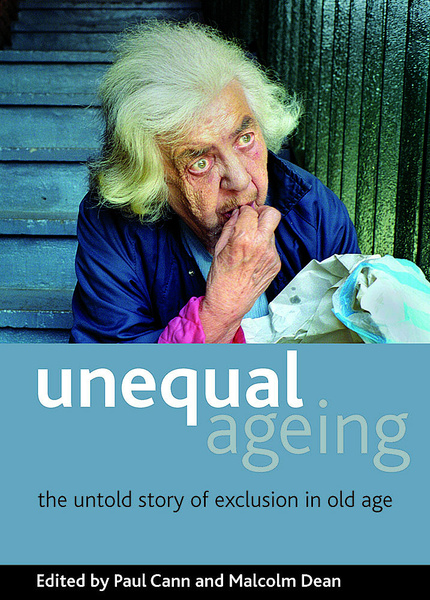 The untold story of exclusion in old age

This powerful book analyses the vital dimensions of money, health, place, quality of life and identity, and demonstrates the gaps of treatment and outcomes between older and younger people, and between different groups of older people. Written by leading experts in the field, it provides strong evidence of the scale of current disadvantage in the UK and suggests actions that could begin to change the picture of unequal ageing.

'Unequal ageing' is aimed at all those with a serious interest in the unprecedented challenge of our ageing society. It will be of importance to policy-makers, opinion-formers, and above all to older people themselves.

"Edited by experts in ageing and social affairs, this book provides a thought-provoking text based on evidence of the disadvantages to which older adults may be exposed and suggests a useful range of actions that could be taken to address inequalities." Susan Holmes in Nursing Standard

"I have rarely come across a book on the included subjects so well written that I did not want to put it down until it was read to the end". Susan Venn in Ageing & Society

"...as a shout of rage against the injustices of getting old, the book should come to the attention of those wanting the votes of Britain's 20 million older people in the coming election." John Perry in 'Housing'

"This is a book for our times: its wisdom and thoughtfulness will help us all adjust to life's changing patterns." Dame Joan Bakewell, Voice of Older People

"Unequal Ageing is a must-read for everyone concerned with growing imbalances in care and support of the older person. With chapter contributions from leaders in their fields, this book examines the inequalities experienced by ageing populations from a variety of perspectives - let us hope policy makers and informers read, absorb and take remedial action." Alex Mair, Chief Executive, British Geriatrics Society

Paul Cann is former Director of Policy at Help the Aged. He is now Chief Executive of Age Concern, Oxfordshire. At Help the Aged he brought together research and policy, and he was particularly involved in Help the Aged's work on pensioner poverty, social exclusion and care issues.

Malcolm Dean worked on The Guardian for 38 years as a roving reporter, social affairs leader-writer and an assistant editor. He served on the Carnegie Commission on the Third Age, wrote the layperson's guide to the ESRC's Growing Older programme, and chaired a Joseph Rowntree commission on older people. He retired from The Guardian in 2006 to take up a fellowship at Nuffield College, Oxford, where he is writing a book on the media's influence on social policy. 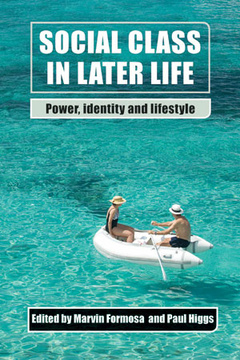 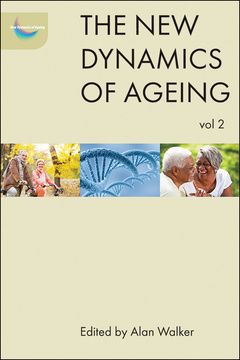 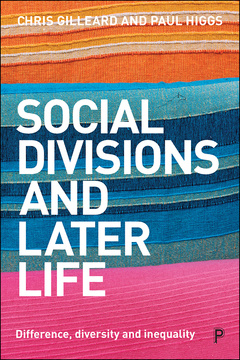