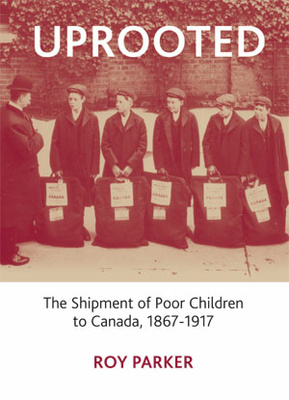 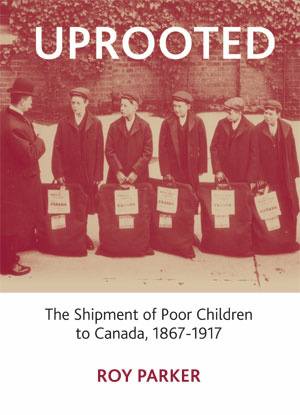 This book explores the economic, religious, political and personal forces that led to some 80,000 British children being sent to Canada between 1867 and 1915. How did this come about? What were the motives and methods of the people involved? Why did it come to an end? What effects did it have on the children involved and what eventually became of them? These are the questions Roy Parker explores in this meticulously researched work. His book - humane and highly professional - will capture and hold the interest of many: the academic, the practitioner and the general reader.

"It is a wonderfully researched book and presents a balanced analysis of the period." Julia Davey, Family History Researcher

"This is a book of rare distinction. ...based on a huge amount of further primary research....

This is a deeply humane book which deserves to be read and reflected upon."

"Truly an interdisciplinary study, giving due weight to a stunning number of factors." Susanne Kelman, Literary Review of Canada, July/August 2008

"In this interdisciplinary and intercountry tour de force, Roy Parker traces the extraordinary, 50-year story of the export of some 80,000 children from Britain to Canada. Fascinating for students of social work, social policy and child welfare in both countries." David Donnison, Professor Emeritus in Urban Studies, Glasgow University

"This is an excellent historical analysis of the push and pull factors that not long ago engineered the transportation of thousands of children to live mainly with homestead families in Canada." Professor Emeritus John Triseliotis, University of Edinburgh

Roy Parker is Professor Emeritus of Social Policy at the University of Bristol. Formerly he taught at the London School of Economics and Political Science. His research and writing reflect a longstanding interest in the politics of social policy and in the condition and needs of disadvantaged children.

Part one: Setting the scene: The background; Early initiatives; Part two: Setbacks and anxieties: Checks and balances; The issue of inspection; Part three: The field expands: The second wave of organised Protestant child emigration; The Catholic response; The 'unorganised' emigrationists; Part four: The Canadian dimension: The Canadian demand for child labour; Canadian opposition to child immigration; The management of the opposition in Canada; Part five: The ambiguities and obfuscation: The reformatories and industrial schools; Part six: The children and their parents: What befell the children; Parents' rights, consent and legislation; Part seven: A chapter closes: Into the twentieth century; Part eight: A review: Explanation and assessment. 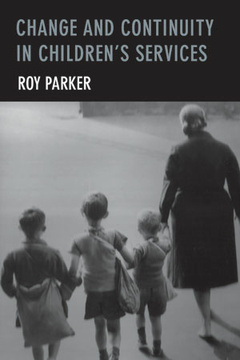 Change and Continuity in Children's Services