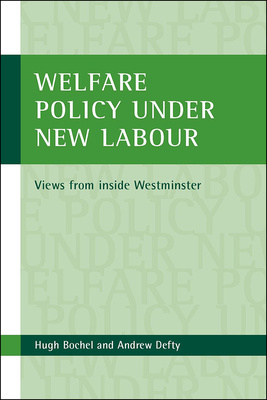 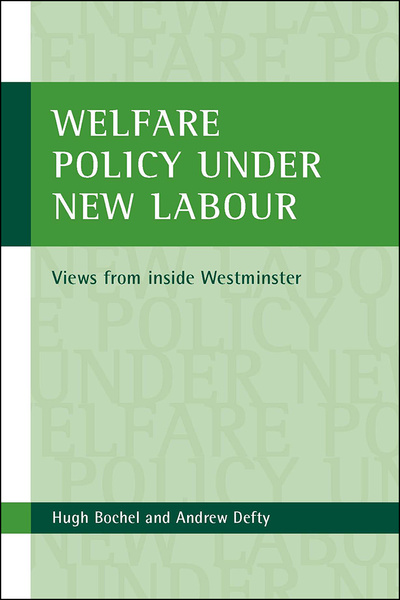 Views from inside Westminster

By Hugh Bochel and Andrew Defty

Based on an extensive series of interviews with MPs and Peers from across Parliament, the book traces the dynamics of political debate on welfare both between and within parties; assesses the emergence of a new political consensus on welfare; details the welfare policy environment and the reform of Parliament under Labour; examines the extent to which MPs support developments in welfare policy; provides the most detailed assessment to date of MPs' attitudes to welfare and their views on the future of the welfare state under Blair and beyond and offers the first consideration of the role of the reconstituted House of Lords in the scrutiny of welfare policy.

"Welfare policy under New Labour" provides a timely examination of the role of Parliament in the policy process. It will prove invaluable to scholars and students of social policy and British politics and professionals working in social work and welfare policy. It also provides useful insights for those who wish to lobby Parliament in these fields.

"Welfare policy under New Labour is an important contribution to the wider literature on the nature of New Labour, political parties and party systems, the role of MPs and the 'decline of Parliament' thesis. In a highly readable style, and drawing on rich interview data, Bochel and Defty capture contemporary parliamentary opinion regarding welfare policy." Dr Sarah Childs, Department of Politics, University of Bristol, UK

Introduction; Continuity and change: the politics of welfare under New Labour; A declining force? Parliament under Blair; Towards a new consensus? MPs' attitudes to welfare; MPs' attitudes to welfare and public opinion; A more assertive chamber: the House of Lords and the scrutiny of welfare; 'Exercising influence and setting limits': MPs' influence on welfare policy; Conclusions. 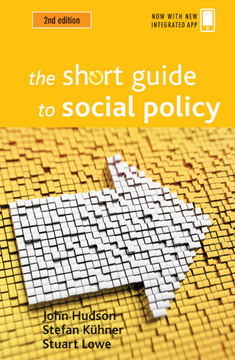 By John Hudson and Stefan Kuhner