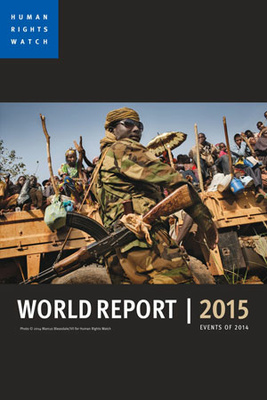 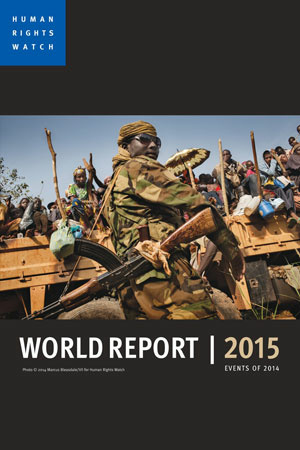 CUSTOMERS IN NORTH AMERICA: COPIES ARE AVAILABLE FROM WWW.SEVENSTORIES.COM

The 25th annual World Report summarizes human rights conditions in more than ninety countries and territories worldwide, reflecting extensive investigative work undertaken in 2014 by Human Rights Watch staff in close partnership with domestic rights activists. The World Report 2015 focuses in particular on the roles--positive or negative--played in each country by key domestic and international figures. Human Rights Watch executive director Kenneth Roth’s introduction addresses the tumultuous events of the past year, and describes inattention to human rights as an aggravating factor in the rise of brutal non-state actors such as ISIS and Boko Haram. Other essays focus on the strangulation of civil society by both repressive and so-called democratic countries; the need to keep surveillance on the human rights agenda; the alarming rise of explosive weapons in populated areas; and human rights abuses linked to mega-sporting events.

"This latest HRW report is an important call to arms to protect health as a fundamental human right." The Lancet

HUMAN RIGHTS WATCH is one of the world's leading independent organizations dedicated to defending and protecting human rights, and operates in more than ninety countries. Its annual World Report is the most probing review of human rights developments available anywhere.

KENNETH ROTH is the executive director of Human Rights Watch. He has conducted numerous human rights investigations and missions around the world.