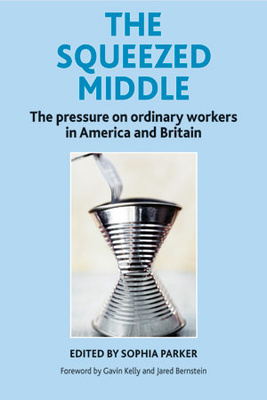 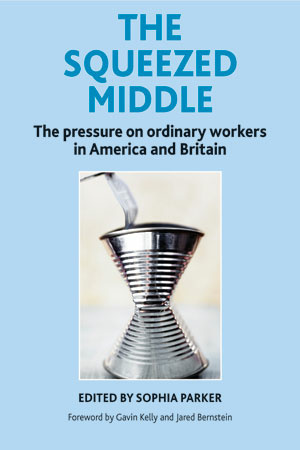 The Pressure on Ordinary Workers in America and Britain

As wages stagnate but living costs keep rising, the pressure on working

people grows more intense. The issue of living standards has become one of

the most urgent challenges for politicians in both Britain and America.

to ask what the UK can learn from the US. American workers have not

benefited from growth for an entire generation - the average American worker

similar experience. No longer can they assume that when the economy grows

their wages will grow with it.

This collection brings together for the first time leading economic and

This timely book is essential reading for everyone concerned about the

living standards crisis, an issue which could decide elections as well as

shaping the future for millions of working families.

“This timely book provides incisive analysis from leading scholars of a key issue of contemporary politics on both sides of the Atlantic. It explores why middle incomes have stagnated and discusses what might be done about it. If you read one political book this year you should read this one.” Andrew Gamble, Professor of Politics, University of Cambridge

Sophia Parker is an Associate at the Resolution Foundation, having previously been the Director of Policy and Research. This book is the product of a year-long visiting fellowship at Harvard University's Kennedy School of Government in 2010/11. Sophia has over a decade's experience in the field of UK social policy, in particular the issues around low income households and living standards.

The Resolution Foundation is an independent think tank working to improve the lives of people living on low to middle incomes.

Foreword by Gavin Kelly and Jared Bernstein; Introduction ~ Sophia Parker; Section 1: Setting the scene: a rising tide no longer lifts all boats; A lost decade, not a burst bubble: the declining living standards of middle-class households in the US and Britain ~ Larry Mishel and Heidi Shierholz; Rising incomes and modest inequality: the high employment route ~ Lane Kenworthy; Section 2: Policy lessons: creating quality work, raising incomes and building greater economic security; Improving job quality in low-paid jobs: care workers in the US ~ Eileen Appelbaum and Carrie Leana; Employment change and economic vulnerability in the US ~ Francoise Carre and James Heintz; New evidence and new directions for promoting labour market advancement for low and modest earners ~ Jim Riccio; Boosting the pay packets of low- to middle-income families ~ Daniel P. Gitterman; Strategies to expand the affordable private rental stock ~ Keith Wardrip; Insulating middle-income households from economic insecurity: why savings matter, and how we can increase them ~ Joanna Smith-Ramani and Preeti Mehta; Section 3: Looking ahead: a cautionary tale; The path to post-recession prosperity ~ Tamara Draut; How US politics is undermining the American Dream, and what it means for the UK ~ Jacob S. Hacker; Conclusion: learning the lessons ~ Vidhya Alakeson. 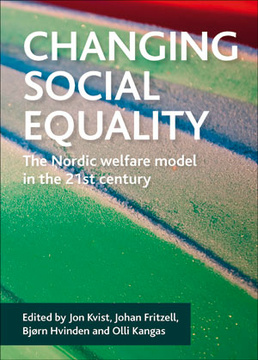 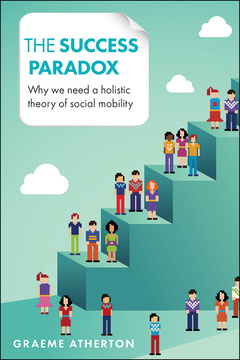 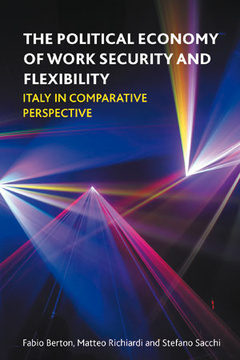 The Political Economy of Work Security and Flexibility 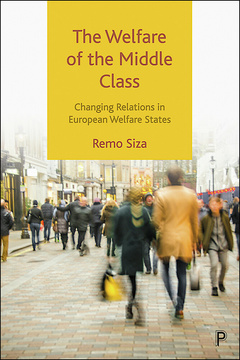 The Welfare of the Middle Class